The Accountancy Revolution – Infonomics and Sustainability

Infonomics refers to the economic value businesses realise when their accountants turn their raw corporate data into a rich platform for strategic decision-making.

Sustainability demands that businesses focus on more than profits, and govern themselves in a way that benefits society, the environment and the economy. Accountants play an integral role in this process.

A totally virtual experience, join us from anywhere in the world!
Interact with world renowned, expert speakers and industry leaders as they review the important role professional accountants will play as interpreters of corporate data to provide rich insight for strategic decision-making.
2021 Accounting iNda tickets at 2020 rates!
Based on our research and feedback from our members, the most sought-after topics within the theme of the conference include:

Early-bird fee (until 30 September only)

Members and Non-Members are welcome to register

– simply go to MySAIPA, and create a profile to REGISTER NOW 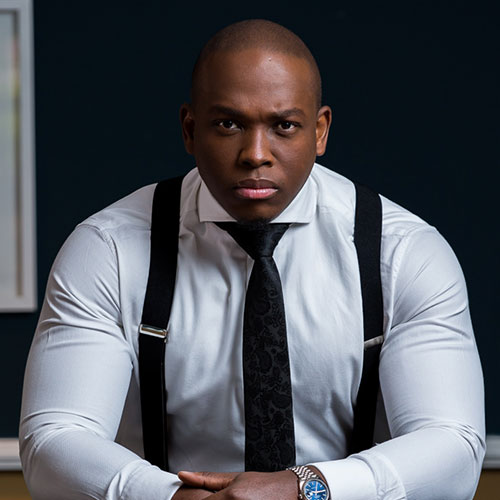 Vusi Thembekwayo is a venture capitalist, best-selling author, renowned entrepreneur, and global business speaker. He was named one of the top 12 speakers in the world by MeetingsNet for his inspirational and transformational impact on businesses.

Vusi is the go-to-guy for many CEOs and Executives navigating of disruption and change.

Vusi has worked in 37 countries across six continents, helping leaders make necessary but painful shifts in their businesses. He is a regular contributor to CNBC and Forbes and has appeared on BBC, CNN and Bloomberg.

Supported by a research team, Vusi combines global experiences with locally relevant content, highlighting opportunities, and guiding business leaders towards exponential growth. It is this value that has organisations calling Vusi back again and again.

He is equally comfortable on the factory floor, as he is with CEOs, tailoring each address to perfectly align with his audiences. 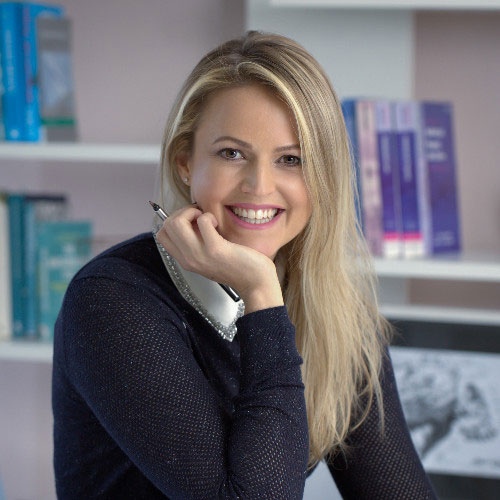 Emma Sadleir is South Africa’s leading expert on social media law. The company she founded in 2014, the Digital Law Company, specialises in educating and advising corporates, employees, schools, parents, teachers, and universities on the legal, disciplinary and reputational risks of social media.

Emma and her team have collectively addressed hundreds of blue-chip corporate clients and over 200,000 learners across Africa and the United Kingdom through educational talks and presentations. She also teaches media law to journalists and lawyers and lectures personal reputation management on various MBA programmes.

Emma is the co-author of two bestselling books – “Don’t Film Yourself Having Sex… And Other Legal Advice for The Age of Social Media” and “Selfies, Sexts and Smartphones: A Teenager’s Online Survival Guide”. Emma is also the co-author of the social media section of the legal textbook, “Communications Law” 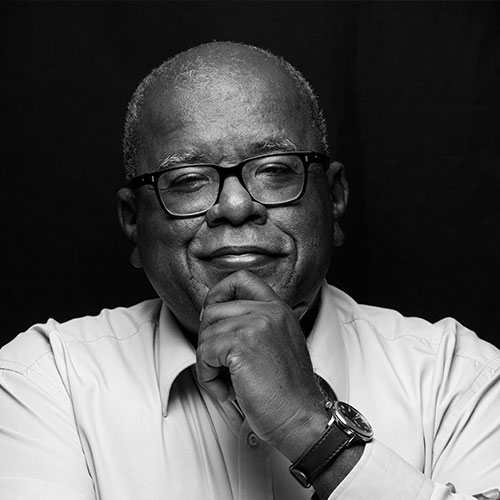 Jonathan Jansen is Distinguished Professor of Education at Stellenbosch University and President of the Academy of Science of South Africa. He is a curriculum theorist, and his research is concerned with the politics of knowledge.

His 2019/2020 books (co-authored, co-edited) include South African Schooling: The enigma of inequality, Fault lines: a primer on race, science and society, Who gets in and why: the politics of admission in South Africa’s elite schools, Learning under lockdown: voices of South Africa’s children, and Learning Lessons.

His current research includes a national study on the impact of the pandemic on the academic work of women scholars. He holds a PhD (Stanford) and five honorary degrees in education.

“Where on and off the stage no one racial or ethnic or religious group dominated the event. “For a moment, just a moment, it felt good to hope again…”

Outspoken ex-Vice Chancellor of the University of the Orange Free State, Professor Jonathan Jansen is a well-known figure on the South African education, current affairs and political landscapes. He obtained his BSc from UWC in the mid-1970s. An internationally renowned expert in education, in 2009 he was the first black Rector and Vice-Chancellor appointed in UFS’s history.

Prof Jonathan Jansen is known for his strong views on transformation, peaceful reconciliation and unity, which he pursued in earnest at UFS. Despite setbacks like the notorious Reitz Four video incident, under Jansen’s leadership, this former bastion of conservative Afrikaner learning became a model of integration in South Africa. Prof Jansen achieved his undergraduate education at the University of the Western Cape (BSc), his teaching credentials at UNISA (HED, BEd) and his postgraduate education in the USA (MS, Cornell; PhD, Stanford). Prof Jansen was a Fulbright Scholar at Stanford University (2007-2008). With many contributions to the development of the CFE designation in South Africa, Raj has been supporting the ACFE on some strategic projects mainly focused on the professional status of the CFE. Raj serves in several co-operative forums as local chapter representative,

including the Forensic Accountant Forum and as an evaluation panelist on the Anti-intimidation & Ethical Practices Forum Currently leading the Public Sector Assurance focus in Southern Africa at one of the Big 4 audit firms, Raj has, in the past, been involved in numerous investigations and focused on fraud risk identification and training. Amongst his topics of focus are the issue of Ethics and Investigations as well as Fraud Risk management and Financial Statement fraud red flags. 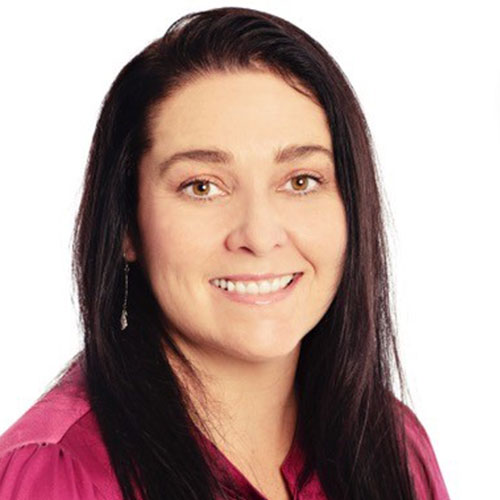 Helena Strauss CA(SA), CISA is a published author and international speaker on the topics of international taxation, IT and data reform as well as risk management and assurance within the digitalised economy. She embraces matters from international taxation, assurance, big data, IT innovation and organisational development to human behaviour within the digitalized economy. She is a member of the South African Institute of Charted Accountants (SAICA), Information Systems Audit and Control Association (ISACA) and an a?liate member of the Association of Certi?ed Fraud Examiners (ACFE).

Strauss has also worked as the national lead on tax administration within the digitalised economy at the South African Revenue Services and was responsible for the research and development of legislative and policy, IT and data reform as well as risk management and assurance reform in response to the digitalisation of the economy. She recently finalised a multidisciplinary Ph.D. in international tax, technology and assurance within the digitalised economy. She is currently pursuing a MBA in Information Technology at the University of Cumbria, United Kingdom. 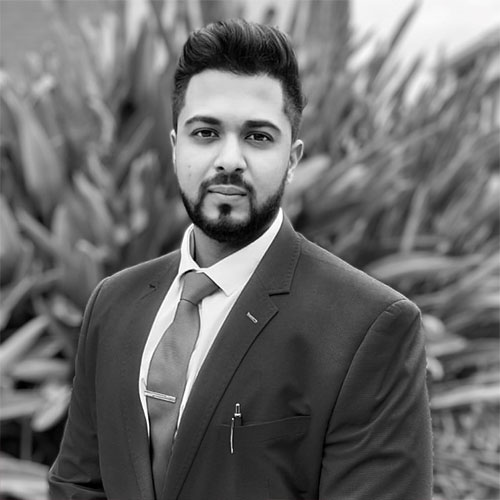 Jashwin is an admitted attorney of the High Court of South Africa, and holds an LLB from the University of Kwa-Zulu Natal, while currently pursuing his Masters in Tax and International Business Law at the University of Witwatersrand. He specialises in cross-border tax advisory, company incorporations and compliance, and international regulatory applications and procurement, with the assistance of his vast network of partners across Africa. On the South African front, Jashwin also heads up the Tax Debts unit, engaging with SARS on a daily basis to get taxpayer’s the relief needed to obtain compliance and settle their tax debts. 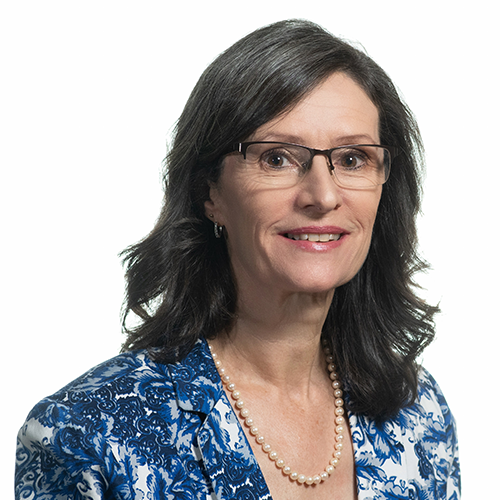 Dr Hanlie Smuts is an Associate Professor in the Department of Informatics at the University of Pretoria since September 2017.

Prior to that and during her tenure in industry, her role aimed to deliver consistent, customer relevance across all digital touch points, to empower customers through convenient and effective self-service, and to drive growth through personalised digital offerings. Through a deeper understanding of the digital and adjacent ecosystems, she championed transformation to digital and the need for collaboration and knowledge sharing in this context. Her thorough understanding of the digital and adjacent ecosystems also enabled her to implement digital financial solutions for the mass markets in South, East and West Africa.

As knowledge worker, knowledge management formed an inherent part of her role or was a direct output of her accountability. She therefore pursued her academic study in the knowledge management field and her current research focuses on information systems and the organisation, with particular emphasis on digital transformation, disruptive technologies (4IR and Society 5.0) and the management of big data. The combination of these research areas enables cross-domain research in the field of knowledge visualisation as an organisational tool, as well as collaboration between human and machine knowledge (artificial intelligence and machine learning) for knowledge-related work. Dr. Smuts has published several academic papers, book chapters and popular press articles in her field of study. 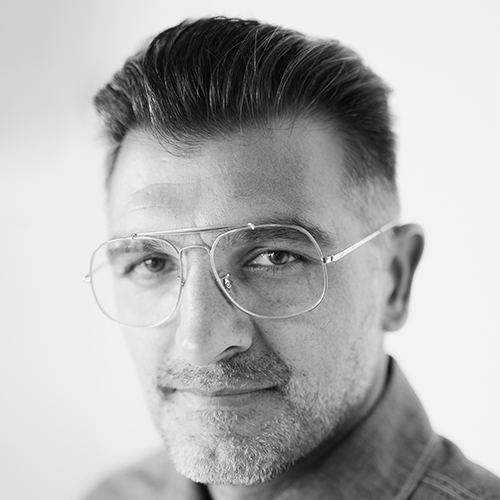 Futures Strategist John Sanei makes sense of future trends and merges them so individuals and organisations can forge forward with confidence, elevating their leadership vision to exponential heights. At the intersection of human science, neuroscience, quantum technology, futurism and business strategy, John has a knack for sharing his knowledge and creating meaningful connections. He ignites platforms, connects with crowds and leaves an empowering perspective that lasts long after the lights have switched off.

John’s travelled virtually, locally and internationally. He has received global recognition for his keynote talks and masterclasses as Africa’s first Singularity University Faculty Member, a lecturer at Duke Corporate Education and an Associate Partner at the Copenhagen Institute for Futures Studies. He is the Co-Founder of the School of Modern Wisdom and The Expansive Podcast, one of South Africa’s top Business podcasts. As the author of four bestsellers and currently working on his fifth, John has fulfilled his goal of staying on top of future trends by researching and publishing a book every year. When not speaking, John’s training for a triathlon and convincing friends, family and fans to adopt abandoned dogs.