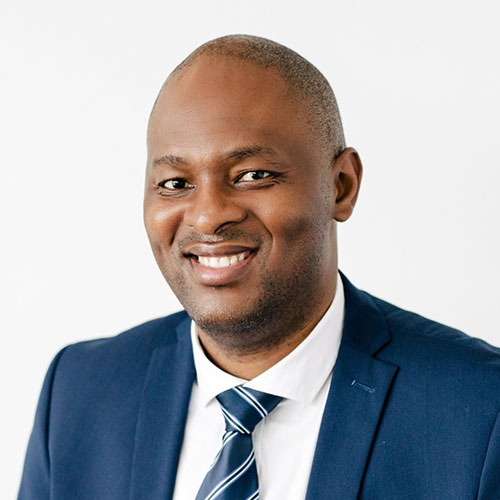 As a conscientious member of his community, Sihle made headlines during the dramatic drought experienced by KZN, when he supplied neighbouring communities with free water from his farm near Boston. While those around him were parched, Sihle utilised the 6 dams on his farm to provide much-needed hydration and irrigation to those in need.

Together with his partner, Sihle has grown Inzalo Capital Holdings into a formidable player in the water management arena. With 7 offices across the country, his company delivers turnkey water management and preservation solutions to the water service providers it serves.

Sihle is by no means a stranger to success. Beyond this fruitful endeavour, Sihle boasts an MBA and several corporate directorships, and was named Farmer of the Year in 2016. He was also selected to be 1 of just 60 candidates from Africa and South Asia to join the Stanford Seed Transformation Programme, an intensive 12-month leadership programme for CEOs and founders in developing and emerging economies.

Growing from strength to strength, Sihle received the first prize in 2018 at the National Department of Agriculture, Forestry and Fisheries for his success in and contributions to the agricultural sector. He was also commended on his outstanding achievements as owner and managing director of Mjadiya Oil Suppliers and Renewable Energy.

In 2019, Sihle was given the Global Water Award for the Smart Water Project of the Year, honouring his ‘Cape Town Day Zero Demand Management South Africa’ initiative. This saw him develop and chair a water management system that saw the City of Cape Town reduce its consumption by 40%, avoiding the looming ‘Day Zero’. The very same system is now used in around 40% of Cape Town households.

His achievements are almost too many to name. Beyond all these incredible successes, Sihle has worked as a Director at Sebata Holdings, where he is now a shareholder. He has also spent time at Woolworths and Liberty as a Financial Manager, and spent 2 years at Morrison’s in the UK as an Inventory Manager. Sihle is also a member of the Chartered Institute of Management Accounting (CIMA) obtained in the United Kingdom accounting professional body and the South African Institute of Professional Accountants (SAIPA) accountancy body. He also holds a MBA degree. He is currently Chairman of the Board of the Built Environment Support Group and BFG Retail, and is a Non-Executive Director of Ithala Development Finance Corporation.