SAIPA collaborates with other regulators to combat non-compliance

The 12th to 18th of November is International Fraud Awareness Week, an initiative established to educate the public on the threat of fraud and ways of combating it. It’s therefore a good time for professional accountants and business people alike to take pause and consider what role they can play in driving fraud from the market.

New NOCLAR standard
However, fraud is only one element of corruption. A bigger war is being waged against what has become known in the accounting industry as NOCLAR (Non-Compliance with Laws and Regulations). The threat is so real that the International Ethics Standards Board for Accountants (IESBA) created a new standard called Responding to Non-Compliance with Laws and Regulations to address the issue.

The standard, which became effective on 15 July 2017 and is the result of six years of labour, will be integrated into the organisation’s globally-recognised Handbook of the Code of Ethics for Professional Accountants. Several existing clauses in the Code have been amended to accommodate its provisions.

Memorandum of understanding
In light of such developments, the South African Institute of Professional Accountants (SAIPA), in collaboration with other regulating bodies for the accounting industry, is working to develop a memorandum of understanding to enable greater cooperation between these parties to fight NOCLAR. As one of the few internationally recognised professional accountancy organisations, SAIPA has taken the lead in pioneering a solution that will work for everyone.

While the final terms of the memorandum must still be established, several suggestions have been put forward. For example, member information of each body is and always will be protected as required by law and will never be shared between them. However, where members have been found guilty of gross misconduct related to NOCLAR or any deviant behaviour within their professional body, we look to acknowledge the recommendation of participating Institutes and act as guardians for the profession to keep unethical practitioners out.

This record will be available to other regulators, allowing them to determine if an applicant for their own designation is still in fact associated with that professional body. This would be an effective response in cases where, for instance, a discredited accountant attempts to carry on business under an alternative designation or uses a deceased practitioner’s membership number as their own.

It will also be important to investigate the principles and processes each body applies to combat corruption within its ranks. Where these are determined to be sound, consensus will be sought on how to make them universally applicable or to adapt them for the collective good.

SAIPA believes that cooperation and communication between regulators is the only way to provide robust defence against NOCLAR and promote the main goal of the Code of Ethics, which is always to protect the public interest. This interest extends to upstanding accountants who adhere to the principles of ethical conduct, organisations and individuals who administer their affairs honestly, and the reputation of the profession itself. It is in this spirit that the memorandum will be drawn up and made effective.

The accountant’s role
It’s also vital that professional accountants know and understand the Responding to Non-Compliance with Laws and Regulations standard, which was developed for three reasons. Firstly, it makes provision for disclosing potential NOCLAR to public authorities, where appropriate, without breaching client confidentiality.

Secondly, it arms the accountant with better alternatives than simply resigning from a matter without NOCLAR issues being resolved. Thirdly, it provides direct guidance on how to respond to potential NOCLAR in various contexts, allowing the practitioner to act with confidence when approaching these difficult situations.

While the standard was created to enhance ethical conduct, and offer protection to stakeholders and the general public, it also gives the professional accountant the freedom to play a significant role in the global fight against NOCLAR. It is therefore the duty of all practitioners to know what steps to follow and when to act if corruption is detected, and SAIPA encourages them to familiarise themselves with its requirements.

The concerted and cooperative efforts of the various professional bodies in South Africa and guidance provided by the new standard will provide a robust defence against NOCLAR. It is SAIPA’s vision that, by working together, we will hold the name of the profession high and continue to fulfil our obligation to the public good. 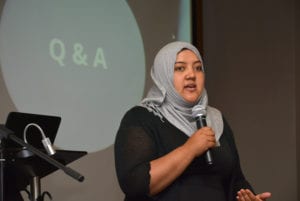