Finance Minister Malusi Gigaba will be delivering his inaugural Medium-Term Budget Policy Statement (MTBPS) on 25 October. His approach to the fiscal challenges facing the country will be vital to quell concerns about the economy, the perceptions of corruption and wasteful expenditure.
He must be able to convince international markets that all is under control.

In February government expected the economy to grow by 1.3 per cent for this year and 2 per cent in 2018 as economic conditions strengthen. It raised taxes in order to fund existing spending programmes. The then minister of finance admitted that raising taxes when the economy is struggling is undesirable, but unavoidable in the current fiscal circumstances.
The economy contracted for two consecutive quarters and only came out the recession in the second quarter of 2017 when growth of 2.5% was recorded. However, if the first half of 2017 is compared with the first half of 2016, the growth rate was 1,1%, according to Statistics SA.
Since the February budget there has been negative economic indicators. Employment figures have gone down, with many more retrenchments in the pipeline that may translate into less Personal Income Tax collections. People are less inclined to shop when they are unemployed and lack cash-flow, which translates in less Value-Added Tax. Very few corporates are making huge profits, which may result in less Corporate Income Tax collections.
Projected tax income for the 2017-18 fiscal year is R1.41bn and the proposed expenditure R1.56bn. The minister will use his policy statement to indicate to which extend these figures will have to be adjusted. Government debt had been around 50.7% of Gross Domestic Product in February – which amounts to more than R2 trillion.

Tax collections in all three the major tax types (Personal Income Tax, Value Added Tax and Corporate Income Tax) are expected to be lower than expected in February.
South Africans will need clarity on how Minister Gigaba is going to adjust his budget and whether he will be mindful of the additional cost of increased borrowings to make up for the anticipated tax collection shortfall.
They will also need assurance that government will keep expenditure in check, and even cut costs at non-performing entities. It is essential that SARS remains efficient and robust in its collection and administration of the tax base. However, there are concerns that there is slippage in tax compliance and that taxpayers can expect more aggressive treatment from the taxman.
The recently concluded Special Voluntary Disclosure Programme is expected to widen the tax base. The minister will most probably offer some clarity on the number of successful applications and the quantum of the previously undeclared assets that has been brought into the tax net.

The lack of accountability in terms of wasteful and fruitless expenditure continues to erode tax morality in South Africa. In order to regain the trust of taxpayers they will have to be convinced that expenditure incurred by government is “reasonable”.
SARS is under pressure to collect tax revenues, with media reports suggesting that it may already not be able to meet target this year. The procedures followed by SARS to collect and administer the tax system must be seen to be reasonable. More aggression is likely to lead to more resistance from taxpayers.
It is understandable that government has certain obligations and that it has to fulfil its mandate in terms of efficient delivery of services such as health, safety and education.
However, when people continue to see reports of corruption and wastage without any accountability they tend to become more reluctant to part with hard earned money.
The minister has a difficult task on hand. He has to comfort all South Africans, the rating agencies and international markets that we are on the right track.

Purpose of the MTBPS

National Treasury states that the MTBPS is a government policy document that communicates to Parliament and the country the economic context in which the forthcoming budget (February 2018) will be presented.
It also sets out the fiscal policy objectives and spending priorities over the three-year expenditure period. The policy statement is an important part of South Africa’s open and accountable budget process.
The question stands whether the minister will stay on the course set by the previous minister Gordhan, or will he present revised fiscal policy objectives and spending priorities going forward.
It offers the minister the opportunity to inform Parliament and the citizens of South Africa what progress has been made in terms of tax collections and whether the South African Revenue Service (SARS) is on track with collecting the amount that was budgeted for in February, and expectations of potential tax increases to come. 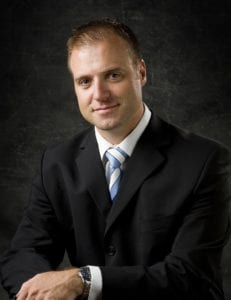