Held every year since 2002 at schools across the country, the NAO allows Grade 11 and 12 pupils studying accounting to compete for one of three top places per grade. According to Faith Ngwenya, Standards and Technical Executive at SAIPA, participation in the increasingly popular contest exceeded expectations. “Over 5,700 pupils wrote the test this year,” she said. “We’re very happy with the turnout and we’re anticipating even more entrants next time.”

“The playing field was definitely shaken up this year,” comments Ngwenya. “First, the number of joint winners shows how tight the competition really was. Also, where KZN cleaned up last year, this time it was Gauteng that rose to the challenge with the most winners. And, just looking at the diversity of schools in top positions, it’s clear that everyone brought their A-game in 2019. Well done!”

A worthy initiative
According to special guest, Percy Masango, Chief Education Specialist for Commercial Subjects at the national Department of Basic Education, the NAO meets a critical need. “Commercial subjects have been declining over the years. Initiatives like this really generate interest in learners to study the subject. We’d like to thank SAIPA for organising the competition and hope to see it grow,” he said.

Stefaan Grobler, Accounting Teacher to Grade 11 first-place winner, Nicole De Jager, said those who win are an inspiration to pupils in lower grades: “There is a role model system among students so juniors look up to successful seniors, especially the example they set and their work ethic.”

First place Grade 12 joint-winner, Matimu Mabunda, said the NAO had confirmed his desire to pursue a degree in accounting and a career as an accountant. “I will definitely join SAIPA to become a Professional Accountant (SA),” he added.

Inspiring future accountants
According to Ngwenya, the NAO plays a critical part in SAIPA’s strategy to promote accounting as a career of choice among school pupils. “Without enough pupils deciding to become accountants today, the capacity of the Profession would suffer in the future,” she said. She congratulated the winners and encouraged all schools to register their accounting champions in 2020. 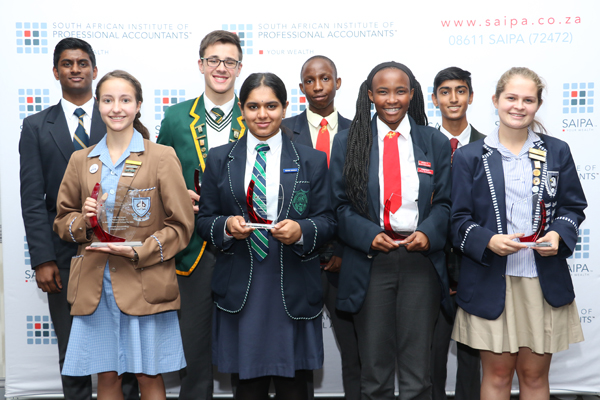 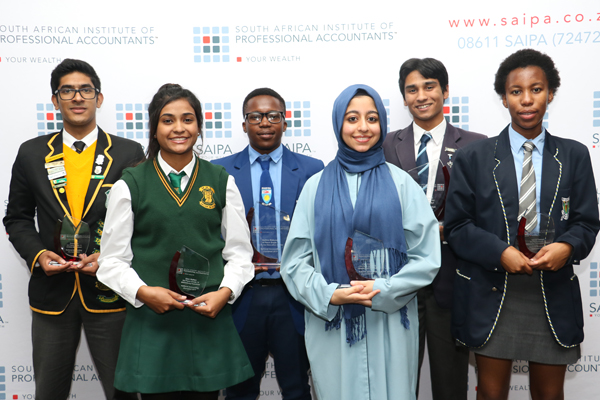